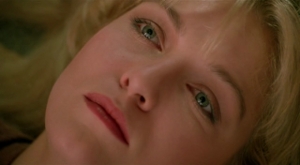 Twin Peaks was a American TV show I never watched because it aired on ABC. Let me explain.

In the early-90s, even in the days before Disney bought them out and began sanitizing everything for the protection of Uncle Walt’s cryogentically frozen head, ABC was the TV network for losers. The rest of us watched NBC or CBS because that’s where all the good shows lived. ABC’s only claim to fame at the time were re-runs of the original Star Trek which aired at 10 o’clock on Sunday morning, allowing me to call these broadcasts “Church.” If we wanted to be around our parents we watched Cheers and if we wanted to send them fleeing from the room we watched Fox. Why on earth would we bother channel surfing over to ABC? END_OF_DOCUMENT_TOKEN_TO_BE_REPLACED