END_OF_DOCUMENT_TOKEN_TO_BE_REPLACED

When this film premiered in April, 1999, my only question was, “Has the well finally run dry?” END_OF_DOCUMENT_TOKEN_TO_BE_REPLACED

Clive Barker’s Nightbreed by Clive Barker is a horror film based on the 1986 novella “Cabal,” written by some British dude named…Clive Barker…huh…Funny: the writer of the source material and the writer/producer/director of this film share the same name…almost as if they’re…gasp…the same person! But no…that’s so outlandish a concept it couldn’t possibly be true…could it?

Cabal‘s a product of what Barker scholars (i.e., the five or six voices in my head who claim to specialize in his work) refer to as his “middle” period. By 1990, the once-poor English playwright (and how Byronic can you get?) was an international sensation, alternatively praised and maligned as “the British Stephen King.” But whereas King takes us into the minds of old Twilight Zone and Outer Limits protagonists, Barker built his career on taking us into the minds of their monsters. END_OF_DOCUMENT_TOKEN_TO_BE_REPLACED

Conventional wisdom goes something like this: “David Cronenberg’s films are so damn grotesque because of his  personal distaste for the flesh.” I used to agree. But watching Shivers helped me realize I had it all backwards. If anything, The Flesh is David Cronenberg’s not-so-secret hero. That’s why he continually returns to stories that center around the Flesh’s victories over barriers human society has erected against it. I submit Videodrome as my evidence. END_OF_DOCUMENT_TOKEN_TO_BE_REPLACED

David Cronenberg’s put the “ewww” in “auteur…ewww, gross!” since his college days in the late 1960s, only breaking into the wider world of Canadian commercial films after he wrangled money out of the National Film Board of Canada to help make this. As partially taxpayer-funded horror movies go, I think Canada got more than it bargained for, and you’ll certainly get more than your money’s worth. Shivers is Cronenberg’s ET, the Rosetta Stone to his entire subsequent career, resounding with the themes and issues Croneneberg continues to return to, by which I mean, “Shoehorn into every goddamn thing he does, whether it belongs there or not.” (See also, Naked Lunch).

Thankfully, Cronenberg’s early films have a rough and tumble quality that’s gritty in the old cowboy sense of “ready to move at a moment’s notice.” As opposed to the poncy, hipster sense of “My video games come in twelve shades of brown.” END_OF_DOCUMENT_TOKEN_TO_BE_REPLACED 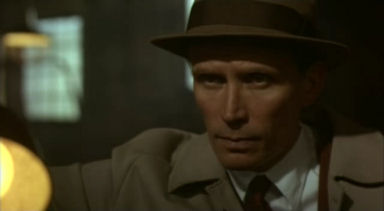