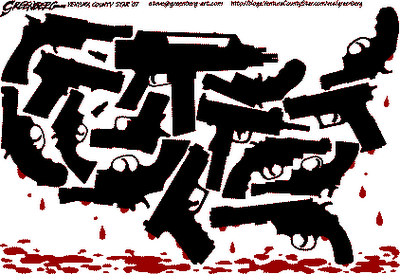 Today, in a 5-4 decision that should surprise absolutely no one, the U.S. Supreme Court ruled that gun ownership is an individual right. I know. “Duh,” right? Apparently, this is only news to constitutional scholars and the court system that draws it’s members from them.

Apart from restating an obvious, on the ground fact, this ruling once again proving beyond a shadow of a doubt that John Roberts and Sam Alito are the bought, paid-for, and kept whores of the knee-jerk, Wrong Wing, conservative ideologues who handed them their jobs in the first place. {More…Within the Empire}