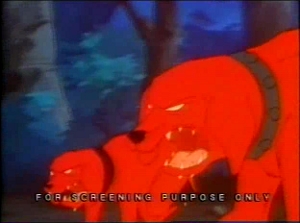 Tonight’s subject is a relic from the first wave of Super Sentai success. In 1975, Toei Company’s Secret Squadron Go Rangers proved that children will watch just about anything – especially if that anything involves a team of costumed heroes and the advanced technology they employ  to defend the Earth from armies of giant monsters. While we American children languished in the vapid hellhole called “the 70s”, our Japanese counterparts basked in the glory of an emerging genre…one that  exhausted itself almost as soon as it cohered. Successive series followed Goranger annually, and someone over at Tsuburaya Productions (makers of Ultraman – which was, until that time, Japan’s undisputed king of superherodome) must’ve seen green. Someone (producers Akira and Nobor Tsuburaya, probably) must’ve wondered how best to cash in on this rising wave of  superhero squadron shows? Then the light bulb moment came. “We’ll re-editing old footage from crap TV shows and replace all the actors with cheap, South Korean animation. Provide the illusion that this is some kind of real Super Sentai show…rubes won’t know we hit ’em ’til they’re bleeding on their carpets.” END_OF_DOCUMENT_TOKEN_TO_BE_REPLACED