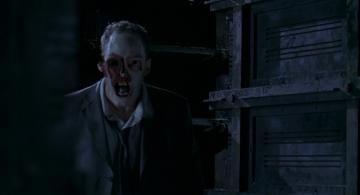 With a filmography like that, Anderson really should go down as either one of the last truly Bad directors of twentieth century Hollywood, or one of the first of the twenty-first. Not just your garden variety hack, this one: I’m talking “Bad” in the Woodian sense of an artist whose ambitions far exceed his talents, resulting in muddled, half-crazy films that nevertheless bowl you over with their over-the-top ineptness. END_OF_DOCUMENT_TOKEN_TO_BE_REPLACED