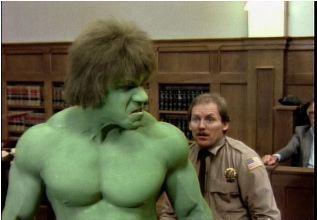 Hot off the success of Returns, NBC rushed to make a deal with Marvel for future Incredible Hulk outings. And, wouldn’t you know it, less than a year later Trial of the Incredible Hulk roared and flexed its way to prime time. And as the talking head said on the news, right before the aliens blew up all those cities, “Indeed, God help us all.” END_OF_DOCUMENT_TOKEN_TO_BE_REPLACED