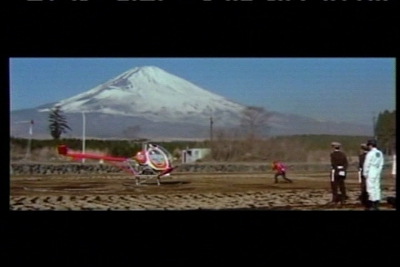 In the great tradition of Japanese sci-fi films from the sixties, the crew of the “nuclear powered ship” AB Gamma will fail miserably in this. However, by the time you reach the end of the film, you’ll have forgotten all about the UFO and the five crews of astronauts it allegedly obliterated. Rest assured the movie itself will have long since left such considerations dead in its wake. The X From Outer Space is a film obviously desperate to cash in on the daikaiju genre’s Silver Age, well underway at the time of its production. As the evil android, Ash, from Alien, said to his crew: “All other priorities are rescinded.” END_OF_DOCUMENT_TOKEN_TO_BE_REPLACED