Does anything illustrate just how convoluted pop culture can be more than Teenage Mutant Ninja Turtles? What started out as a comic book parody of Frank Miller’s run on Daredevil turned into a children’s cartoon that itself inspired a legion of imitators and parodies. I even have a theory that the deluge of anthropomorphic animal warriors hitting ’90s televisions has led to one of the most notorious cultural phenomena of the twenty-first century so far, but we’ll get to that in the moment.

I have three case studies to go through, but let’s begin with one of the better examples. 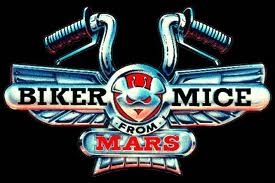 It’s a show about mice, who are bikers, from Mars. They end up in Chicago to protect the city from an evil capitalist alien going by the name Lawrence Limburger, who is part of a broader plan by his species to eventually strip mine the planet. So basically it’s what it says on the tin, although “Biker Mice from Mars Battle Laissez-Faire Capitalism” might be more apt – and awesome.