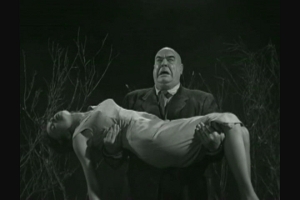 Wood’s generation was one of the first to grow up with the movies. An encounter with Bela Lugosi’s Dracula at age seven permanently warped the Poughkeepsie store clerk’s son, who had a movie camera in hand by the time he left high school. The War put Eddy’s dreams of being the next Orson Welles on hold for four years, but by the end of his life he’d amassed the kind of resume that would shame other, better directors. Even now, at the height of his fame, only a bare handful of his films command any kind of notoriety. Plan 9 has managed the hat trick of surpassing even its siblings and achieving a twisted sort of popularity, something Wood might even enjoy today, wherever he is. With Bela, surely. END_OF_DOCUMENT_TOKEN_TO_BE_REPLACED 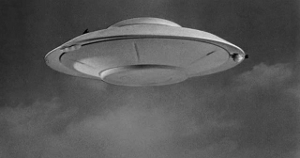 Three months after that (last night, as a matter of fact) I opened my Movie Drawer and there it was, nestled snug between my copies of The Thing and Bulworth, where it would rest, I realized, until the last trumpet sounds and the gates of Doomsday opened up to swallow us all, screaming. END_OF_DOCUMENT_TOKEN_TO_BE_REPLACED

And if ID4 has a more proximate progenitor, it is the disaster movies of the 70s, which carved this genre niche after the collapse of the studio system led to a collapse of the Epic. All-star casts stopped playing mythological heroes from various Western holy texts and began acting out multiple plot-threads as…normal people. One (or two, or three, or a whole bunch) of us. We began to appear in epic tales of survival against long odds and various plot contrivances…for, like any genre, the disaster flick soon found itself hedged in by its own, flawed, internal logic. END_OF_DOCUMENT_TOKEN_TO_BE_REPLACED